The Jiashan China 2020 International Investment and Trade Fair was ceremoniously held on October 28th. A total of 600 people, including leaders of relevant departments in Zhejiang Province and Jiaxing City, and representatives of domestic and foreign merchants from the United Kingdom, Japan, Germany, Italy, and Spain, attended the event. Jiashan County, one of the top 100 counties in China, holds an annual economic and trade fair —— Jiashan Trade Fair. It has been held for 17 sessions since 2003. Relying on the Jiashan Trade Fair, Jiashan County has been ranked among the top 10 counties in Zhejiang province for utilizing foreign capital for 18 consecutive years.

Jiashan today is not what it used to be!

At the Jiashan Trade Fair, Hong Hupeng, member of the Standing Committee of the Jiaxing Municipal Committee of the Communist Party of China and Secretary of the Jiashan County Party Committee, named nine Jiashan's top in one breath. He pointed out that Jiashan is the brightest water town in the south of the Yangtze River. It has the most distinct human genes of "good culture", the most top-notch major policy opportunities, the most first-class major planning opportunities and the most innovative major reform opportunities. Looking forward to the future, Jiashan welcomes people with kindness and is a blessed place for entrepreneurship and innovation. It will introduce the top scientific and technological innovation resources, attract the best high-end talents, provide the most superior financial ecology, and gather the best public services. Hong Hupeng expressed that he welcomes friends sincerely at home and abroad to pay attention to Jiashan, invest in Jiashan, participate in integrated development, share the development dividend of "dual demonstration," and jointly achieve the dream of a new era.

Future Jiashan is full of potential!

Similarly, the on-site signing data of this year's "Jiashan Trade Fair" perfectly interprets the present and future of Jiashan. During this " Jiashan Trade Fair," a total of 59 signed projects, the gross investment of 74.6 billion RMB for industrial projects, and the established fund of 18 billion RMB have been achieved, among which there are 4 projects from Global 500 and 3 projects over 10 billion RMB.

Both quality and quantity are the best over the past years. Jiashan county focuses on the cultivation and development of industries such as semiconductor, integrated circuit, high-end equipment, new material, AI, life and health, new energy, etc. which fully reflects the developing trend of Jiashan's future industry. 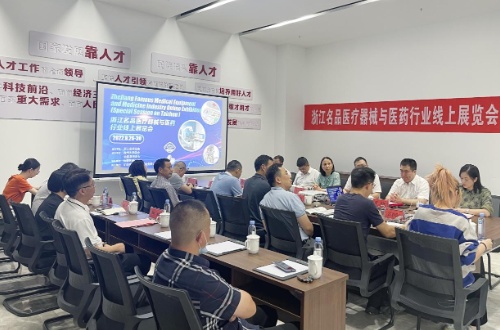