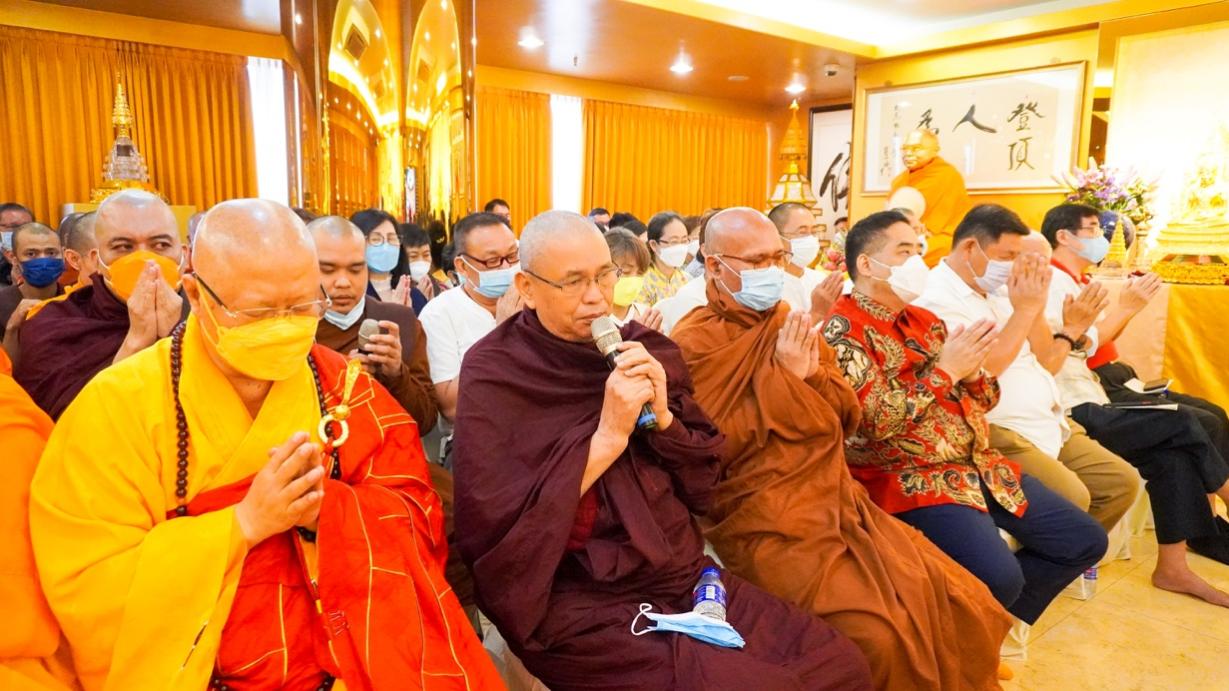 All Venerables, Sangha, brothers and sisters in dhamma.

First, I am very happy to be here with all of you. We all come from different places - Thailand, Indonesia, Malaysia and Myanmar invited by the President of Waki Relic Musuem, Dr. Teo. It is very much appreciated that Dr. Teo makes the offering relic of the noble one to many sangha societies. This is a good example of the King Ashoka, who built 84,000 stupas and enshrined relics of the noble ones to distribute to all over the world, and he made many people to have faith in Buddhism. In the same way, we believe we have the opportunity to make devotees to have faith in Buddhism after receiving the relic pagoda and all can pay homage to the relic pagoda at their own places. 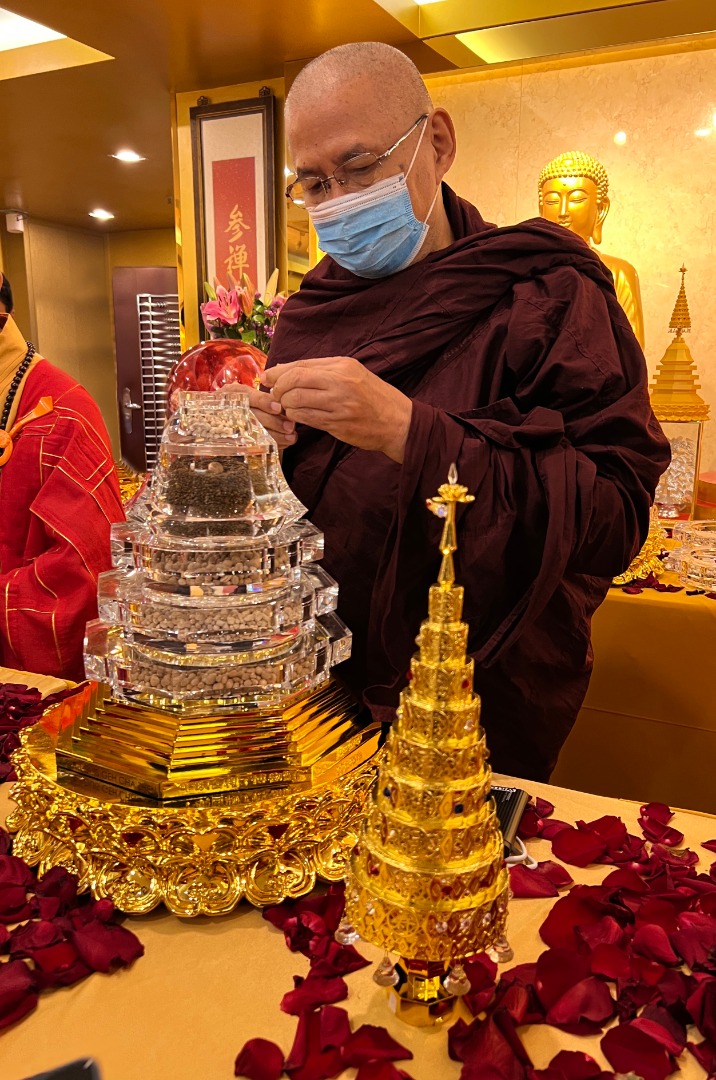 Other than that, a story of the Bodhisattva as told by the Buddha in the Dhammapada. That story was from Takasila city about sangkha Bhramana who was a bodhisattva and his son, Sucima. When his son had come of age, he sent his son to his friend in Varanasi city to learn the Astrology. His son was very smart and intelligent, he completed his studies within a few years. After his graduation, he asked his teacher, “What is the final goal of life?" The teacher told him a holy monk in the forest was able to answer his question. So, Sucima went to the monk and the monk told him to follow the sila, samathi and bhavana to reach the final goal in life. Finally, Sucima reached the final goal and became a pacceka buddha. He passed away within a few years after attaining the enlightenment. The villagers enshrined his relics in the stupa after the cremation.

One day, the bodhisattva was thinking of his son, so he went to the city to find his son. Then he found out that his son had passed away and enshrined in the stupas. Later, the bodhisattva went over to clean the stupas, collect flowers and he used his upper clothes to make an umbrella to offer to the stupas and he paid respect to his son’s pagoda. 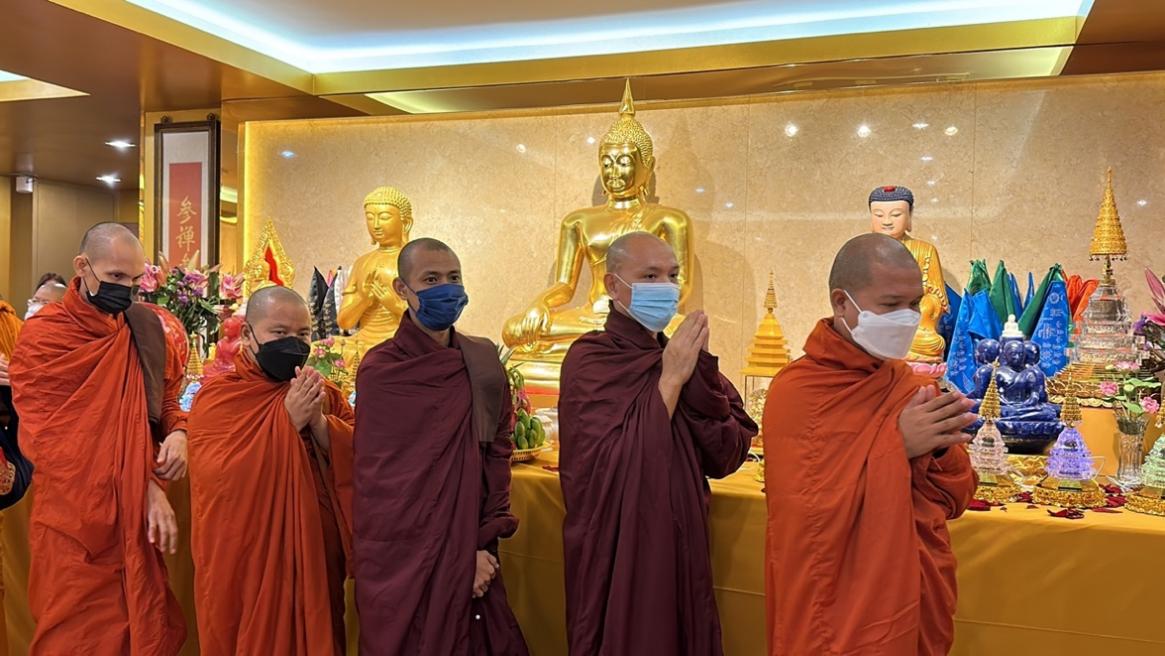 When bodhisattva became a buddha, in the 3rd assembly , Buddha preached the dhamma in the Visali. In the walking journey of 60 miles, there were humans, devas, Nagas and brahmans coming to pay homage to the buddha. It was magnificent and full of fragrance of flowers. The Buddha told him that he was very much respected by the devas, brahma, Naga, humans and all beings because during his life as Sangha Brahma, he paid homage to his son’s pagoda who was a Pacceka Buddha. 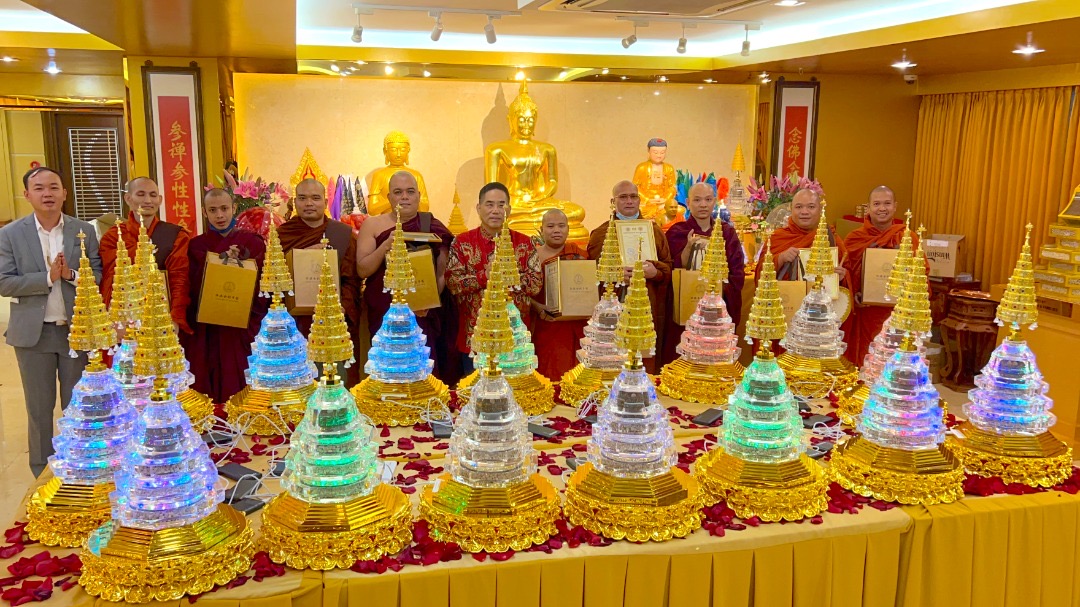